What is the Best Golf Ball?

If you’re wondering about which golf ball to buy here are some thing to consider to help you choose the right golf ball for you:

Despite what the golf ball manufacturers might tell you, there’s not a great deal of difference between premium golf balls, so it’s really down to personal choice.

Here’s the criteria you’ll want to take into account when making that choice:

These are the Top 3 Premium Golf Balls 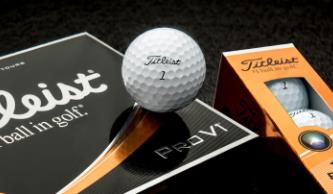 It’s difficult to look past Titleist Pro V1 Golf Balls – click to check current deals on Amazon They’ve been around for years and a re consistantly voted the number one ball in golf. Nobody would be dissapointed if you bought them a box of these as a gift. In fact they’d be delighted. Ping are on record as stating that the Pro V1 is the most consistant golf ball in their cannon testing. As Ping have no skin in the game because they are not a ball manufacturer, you’d have to be inclined to believe them.

Taylormade TP5 Golf Balls click to check deals on Amazon. The only 5 piece golf ball on the market. I’ve spoken with a number of players who’ve recently switched from Pro V1 to this ball and prefer it. They tell me that they get more distance whilst the feel is similar to a Pro V1

Vice Golf Tour Golf Balls click to check current deals on Amazon. At around 2 dollars a ball these tour quality golf balls are a bargain. It’s well worth picking up a dozen to give them a try if a big name brand doesn’t matter to you. One of my freinds who’s a 6 handicapper swears by them. At around half the price of the top brand name balls with very similar performance, These are your choice for a premium ball at a budget price point.

There’s nothing wrong with a beginner using a premium golf ball. The issue tends to be that beginners lose far more golf balls than seasoned players and that can become expensive. That said, if you lose a lot of balls, or are on a low budget, here’s the best two options for you: 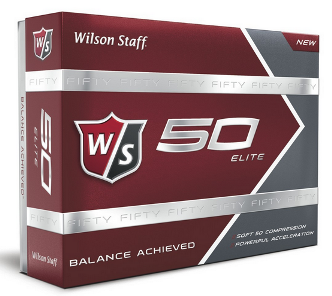 Wilson Staff 50 Elite Golf Balls click to see the current deals on Amazon. Low compression means that the ball will fly further at lower swing speed. This is also a soft feel ball so plenty of feedback on and around the greens. For a beginner or anyone on a lower budget, you really can’t beat these balls at around a dollar each.

Wilson Staff FLI Golf Balls click to see current deals on Amazon. Wilson really do seem to have the budget golf ball market sewn up. At less than a dollar a ball, the FLI offers decent performace at bargain basement prices. Perhaps a little hard, but not a rock like some cheaper balls, and they do seem to wear a little quicker than a premium ball. But at this price, why wouldn’t you.

How to Choose a golf Ball – On Course Testing

Most manufacturers and golf professionals will recommend that you start from the green and work backwards for actual on course testing.

Take a selection of golf balls and get your putter out. Make 5-10 putts with each ball and note the results and how they feel and sound off the putter face.

Then do the same thing but this time from chipping distance off the green. Try different flight variations ie. low bump and run shots, normal chip shots and higher flop shots. Again write down the results and your observations.

Out to 100 yards or so and this time you’re testing a pitch shot into the green. This is likely to be the distance at which you’ll notice the most difference between balls. Those with high backspin like the Pro V1 which typically spin at over 10,000 rpm subject to strike and the crispness of the grooves on your wedge; will stop quickly and possibly spin back a yard or so. Lower spinning balls will tend to hit the green, release, and roll forward. You’ll also see a difference in the ball flight, with differing launch angles, peak height and descent angles. Note the results and your thoughts.

Now we move out to say 160 yards and hit an iron from the fairway into the green. For me, that would be a 6 iron usually. Again, you’ll see variation in flight and the way the ball reacts on the green assuming you land on the dance floor. More notes are added.

Finally we go back to the tee and take out the driver. We’re mainly all about distance with this one and feel/sound off the face. Higher spinning balls will also accentuate any slices or pulls. Make your notes.

At the end of this testing, you’ll find your favorite. If you really want to put the balls through their paces, go book a session on a launch monitor and get the data from that.