Skip to content
Do Tall Golfers have an Advantage

Do Tall Golfers Have an Advantage? – What difference does height make in Golf?

A taller golfer will generally drive the ball further, roughly 1.5 yards for every extra inch of height. So yes the taller guys have an advantage in that respect, but all is not as it seems …

In the majority of sports, being taller is an advantage, and the average height of people in most sports has been increasing over the years as taller athletes gravitate to the sports where their physique gives them an edge. But does this hold true for golf?

A few years ago, I spent a week in Portugal with three golfing buddies. One of our 4 ball, Dave, is 6 foot 4. That’s like Nick Faldo with heels. The rest of us are more average height. And it’s true, when Dave connected well, his drives were flying out towards 300 yards, some of them even landed on our fairway. And there’s the rub. The longer you drive the ball, the more accurate you have to be. 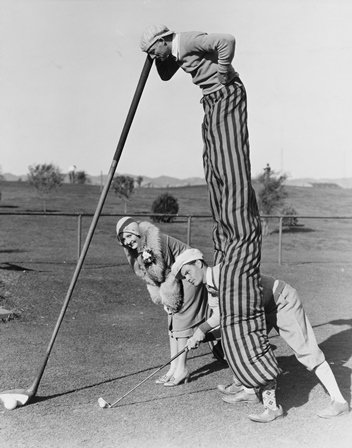 Dave’s practice swings were extremely impressive at least in the sound department. If you’ve ever stood near a windmill, you’ll understand the sort of noise that was being produced. The first time we saw this we were thinking, this guy’s going to hit the ball so far, we’ll probably never find it.

But when he played his shot, we realised that he actually struggled to connect properly with the ball. We spent a lot of the week looking for Dave’s mis-hits. Great guy though.

And here’s the thing: Every 1 degree of angle that a drive is off line, results in a 5.2 feet of dispersion at 100 yards.  Which doesn’t sound like much, but few amateur golfers are that accurate.

So for someone who drives the ball a long way because of their height advantage, 3 degrees offline at 300 yards is a 15 yard miss. And that’s just club face to swing path. Now add another 3 degrees of miss to the start path and you’ve got a ball that’s 30 yards away from the centre of the fairway. Add in side spin and a little cross wind and that’s easily 50 yards. And that means a trip to the woods, thick rough, or water.

So other than the fact that taller golfers, by virtue of their longer limbs, have the capability to drive further than smaller golfers; there’s no advantage. Ok, long irons, there’s still some advantage, but after that, taller golfers don’t do so well.

Back to big Dave again. Two of us took our own clubs with us to Portugal and two of us hired clubs. Dave hired clubs. The issue was that when he made the booking he didn’t mention his height, so he ended up with regular length irons, and for a tall guy, that just doesn’t work. His posture at address just looked wrong and that’s because it was. He had to bend over so far to have the club where it should be at address, that there was no way he was going to play well with this altered and compromised stance. He looked like a bloke playing with kids clubs.

And that’s the lesson here, or one of them. Get fitted for your clubs.

Because it’s not just your height that needs to be thought about.

There’s a thing called “ape index” which is the difference between your finger tips with your arms outstretched and your height, The average is that both of those 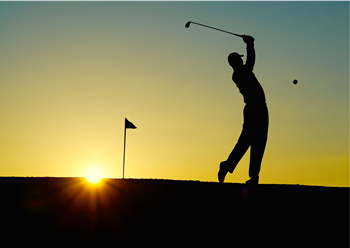 Two guys, same height, but two inches difference in reach. It follows that if they use the same length of clubs, there’s a compromise at play.

So my top tip for tall golfers with average length arms is get longer clubs and that might seem blindingly obvious, but it’s not that simple in practice.

You’d think that a guy who’s 6 foot 4 would need considerably longer clubs than someone who’s 5 foot 6, after all, there’s a 10 inch height difference between them, but it’s likely the tall guy will have clubs that are only 1.5 inches longer than his shorter friend.

It’s not the height of the golfer that determines the length of club required, but the wrist to floor measurement. When you think about it, taller golfers have longer arms, so the height of their hands above ground level isn’t massively different to a shorter person.

A standard length golf set is designed roughly around someone of average height which makes sense. Driver lengths are around 44 to 45 inches and the length of the irons increases by 1/2 inch per club from pitching wedge to 3 iron. Typically a 5 iron will be about 38 inches long and a a pitching wedge about 2.5 inches shorter than that.

What’s little known is that almost all golf shafts are cut down to size when the clubs are built, meaning that for longer shafts, this trimming process just means removing slightly less material.

Give the same club to a short guy and a tall guy all things being equal and they’ll both be forced to adjust their posture to deliver the club with zero lie angle.

But also, a golfers natural swing might mean that even with the correct clubs, they deliver say, plus or minus six degrees of lie angle.

Trying to sort out this problem by adjusting the clubs is futile at this point as the golfer is outside the two degrees of lie angle adjustment that a fitter can utilise.

What’s needed is an adjustment to the golfers swing to bring him, or her, within that two degree plus or minus range, then club fitting can take care of the rest.

So ultimately, the shorter golfer with a more compact swing will be shorter off the tee, but having less variables in the swing, will have fewer problems controlling strike and ball flight. 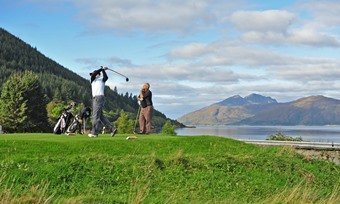 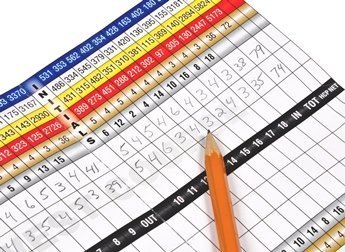 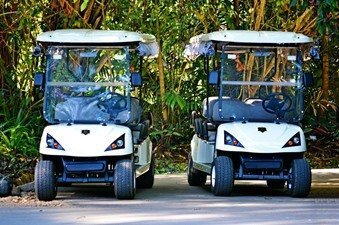 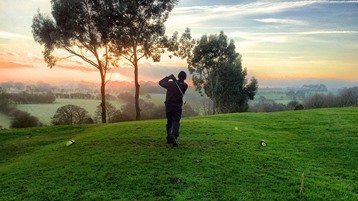 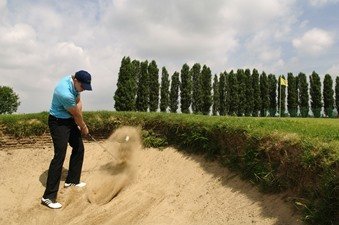